Jacka Foundation for Natural Therapies (JFNT) is a not-for-profit charitable fund that supports research in naturopathy and its related modalities, and the development of a community of researchers, scholars and leaders in the naturopathic profession.

The Foundation was formed on 18th May 2010 after the sale of the organisation’s educational business, the Southern School of Natural Therapies (SSNT), Fitzroy, VIC. JFNT retains ownership of the premises from which the Southern School operates. The Foundation’s income is derived from rental income and the investment of funds derived from the sale of SSNT.

The JFNT company includes respected and experienced naturopaths who are dedicated to promoting the cause of natural therapies in Australia and the development of the profession of naturopathy.

Terri is an innovative Strategic Business Developer with almost 30 years of global experience in complementary and traditional medicines and business strategy. She is well respected in the nutritional medicine market, with a proven track record of leadership and business growth through strategic concept design, development and commercialisation, whilst fostering respectful, trust based relationships with key stakeholders and partners. Terri has held positions on international Business Development & Innovation Boards, including Patent Review Boards and Strategic Growth, and has received a number of awards for her passion for performance.

Her experience spans retail, brand marketing, manufacturing, research and development and includes over 20 years successfully working in markets internationally, including Europe, USA and Greater Asia partnering multiple health and nutrition organisations. Terri also has a track record of Australian and world firsts to her credit and brings that passion for growth via research and education to the Jacka Foundation.

Terri has held senior leadership roles for 20 years including Innovation/R&D Director and Global Technology Director with a major US-based pharmaceutical manufacturer where she also served on a number of international new product and technology development boards for complementary medicines. Prior to this she was introduced to complementary medicines via her time with Blackmores Ltd. 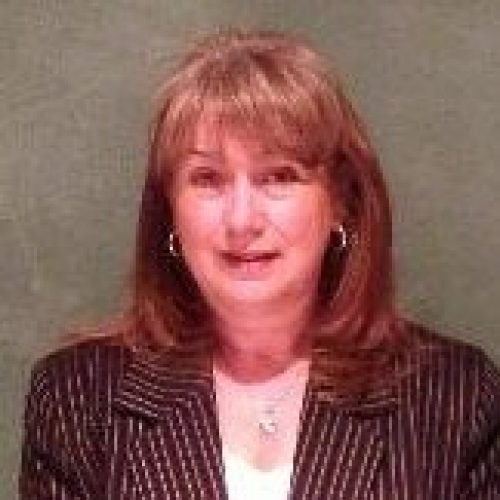 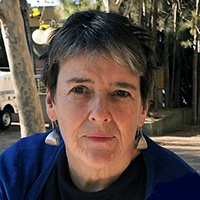 For nearly four decades, Sue’s work has been with herbal medicine. She trained as a herbalist with the UK’s National Institute of Medical Herbalists before returning home to Melbourne in the early 1980s.

She practiced in the first integrative medicine clinic in Melbourne and helped establish Melbourne’s longstanding herbal support group (and the Naturopaths and Herbalists Association of Australia’s (NHAA) first chapter) VicHerbs. She has served on the executive of the NHAA, was inaugural chair of their Board Member Advisory Committee and is currently a member of their Environmental Committee. She taught herbal medicine at the Southern School of Natural Therapies before being appointed foundation lecturer in herbal medicine at Southern Cross University in 1995 when it established the first state-funded university course in naturopathy in Australia. She lectures and publishes regularly both nationally and internationally, and her PhD was an account of the contemporary challenges facing Western Herbal Medicine in Australia.

She has been honoured by her profession with a number of awards, including Herbalist of the Year (NHAA 2009) for leadership in academia, education and mentoring; the inaugural Vis Mediatrix Naturae award (Australian Naturopathic Summit, 2016) presented to ‘an elder of the profession who exemplifies the art and spirit of the healing power of nature in their work, life and community service’ and Life Membership of the NHAA (2017) for ‘insightful stewardship across many sectors of the herbal medicine profession’.

Her role on the Board of the Jacka Foundation complements her current range of activities which includes research and (online)( teaching with the University of Tasmania; consulting – mostly to institutions which offer natural medicine education, and developing her skills in herbal medicine-making for the benefit of the next generation.

Pauline has had a long career in health care, in both mainstream and complementary settings. She completed qualifications in naturopathy, acupuncture, nursing, midwifery and aromatherapy which enabled a career as a naturopathic home birth midwife. Subsequently, after a few years in a retail setting (co-founding the Nimbin Apothecary), she turned to teaching and higher education, completing a Masters degree and a PhD. Her academic work led to a position as a Senior Lecturer in the School of Nursing at LaTrobe University, where she developed a double degree in nursing and naturopathy (now defunct).

Apart from teaching, since the 1990s Pauline has been very involved in the development of complementary therapy courses at undergraduate and postgraduate level, co-written numerous reports, guidelines and position statements relating to complementary therapies and nursing in Australia, contributed to research on the regulatory requirements of naturopathy and herbal medicine, and participated in numerous educational and regulatory committees. She was a member of the steering committee that established the Australian Register of Naturopaths and Herbalists. Her publications include journal articles and book chapters in the above areas.

From 2007-2017 Pauline worked at RMIT University on the development, teaching, and coordination of the online postgraduate wellness program. She developed several courses for the program and was a course and program coordinator and teacher. Wellness theory, assessment and coaching have a natural affinity with naturopathy, and working on this program was a satisfying end to her academic career.

Pauline always harboured a desire to be a philanthropist and was thrilled when a position on the board of Jacka Foundation for Natural Therapies enabled her to live this dream. She is honoured to be able to serve the Foundation and support research capacity building in the naturopathic profession.

Bob, now retired, enjoyed a long career in Financial Accounting in the business sector with companies including Mobil Oil Australia, The Herald and Weekly Times, Fairfax Organisation (with The Age), and culminating as Chief Financial Officer with Biscay Greetings, a national greeting card company.

In 1999 Bob started the naturopathy course at the Australian College of Natural Medicines (ACNM) in Melbourne on a part-time basis, and studied for six years (not completing the course). Along the way he passed Certificates in Massage and Reflexology.

Using the above healing modalities, Bob works with patients to enhance their physical and spiritual healing, alongside their use of modern medicine.

Liza Oates PhD has been practicing as a naturopath and wellness consultant for over 20 years and has been involved in the clinical education of hundreds of naturopaths, nutritionists and medical students.

Liza is involved in the development of the new postgraduate programs in Naturopathic Medicine and Organic Food and Nutrition at Southern Cross University and previously helped to develop the world’s first Master of Wellness program at RMIT University. She also teaches Clinical Studies and supervises naturopathic student clinics at the Southern School of Natural Therapies and Endeavour College of Natural Health.

Her doctoral degree investigated ‘the health and wellness effects of organic diets’ and she has contributed to several textbooks and authored over 50 peer-reviewed journal articles.

Liza is honoured to be able to serve alongside some of her naturopathic heroes to support the Jacka Foundation’s mission to promote the development of a community of researchers, scholars and leaders in the Australian naturopathic profession.

Greg graduated from the Southern School of Natural Therapies (SSNT) in 1988 and was a naturopathic clinical practitioner for 22 years specialising in Integrative Oncology. He has lectured at SSNT, now part of Torrens University, as a clinical educator for 30 years in Naturopathy and Clinical Supervision.

Greg’s recent achievements are the national Bioceutical Integrative Medicine Award 2020 in the Living Legend category; the NHAA International Conference 2019 award for outstanding work and best oral research presentation on cancer patients, complementary medicine, and the hospital system; and the Torrens University Deans Award (Health) for Excellence in Learning and Teaching 2020. In 2021 Greg was promoted to Associate Professor of Naturopathy at Torrens University.

Greg has a BA in Philosophy, a Bachelor of Health Science in Naturopathy, a Master of  Social Health and a PhD in Medical Anthropology (University of Melbourne) on cancer patients using complementary medicine in oncology hospitals.

Jacka Foundation for Natural Therapies is not able to provide you with personal advice about your specific health condition.
Consult your healthcare professional to check whether the information on this site is suitable for you.
Please read the full website disclaimer here.

We acknowledge Aboriginal and Torres Strait Islander peoples as the First Australians and Traditional Custodians of the lands where we live, learn and work.